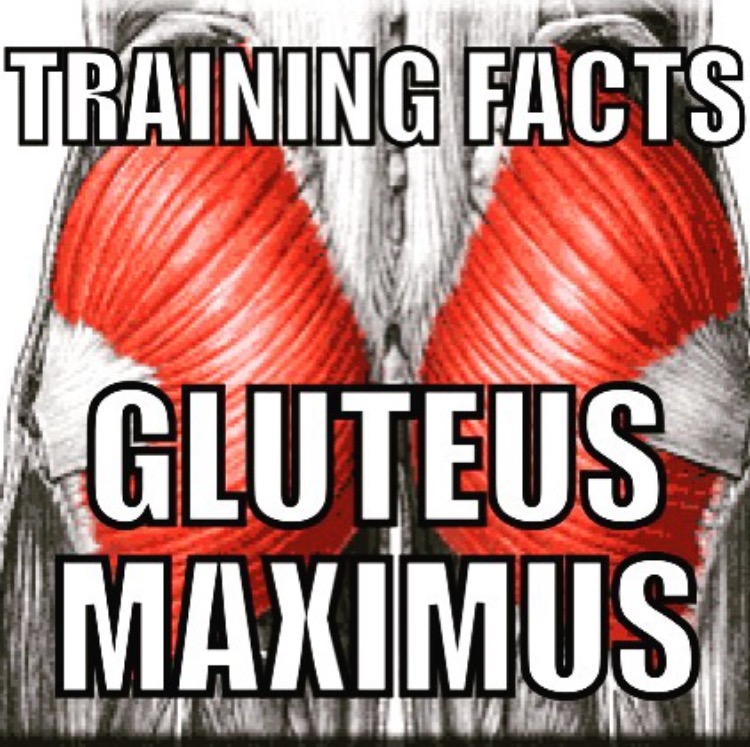 Potentially, the strongest muscle in the human body. However it is the laziest, by far.

For those of you that have had to endure this analogy from me before then just sing along lol.

If animals represented the different muscles in your body, Glute Maximus would be the king of the jungle. Like lions, they are strong and powerful, but also very lazy. They are happy to lay around and let the other muscles (such as hamstrings, quads, hip flexors, lower back, erector spinae, etc.) pick up the slack, on jobs that ar normally meant  to do, in order to reserve its full potential for when they are needed most.

Work at a desk job? Do you do a lot of driving? Chances are that your gluts are asleep. In order to get any sort of activation and growth from them they require ritual stimulation. Bridging exercises, squatting ass-to-the-grass, dead lifts and back extensions with full range of motion are great ways to activate the dormant muscle fibers in the Glutes.

Glutes are the most important muscles in your core. They connect your back to your legs through the pelvis and are the antagonists to the abdominals and hip flexors. Whether you’re an 75 year old woman who suffers from migraines and back pain, a sprinter looking to quicken your personal best time, a baseball pitcher looking to improve your fastball, or a someone just trying to put a lil more junk in your trunk, strengthen the Glutes and your problem is solved 90% of the time!

A lot of things are often mistaken for problems that are actually caused by inactive glutes. Here are some of the most common symptoms:

I recommend a book by Bret Contreras, called “Strong Curves – A Woman’s Guide to Bulding a Better Butt and Body”. Though it is aimed toward educating women, this is an awesome read for men also.